Gamma-ray bursts (GRBs) are the most violent explosions in the universe. Statistically speaking, the distribution of the duration of GRBs shows a bimodal structure, leading to the traditional short (< 2 seconds) and long (> 2 seconds) classification of the phenomena.  Mounting observational evidence, later on, indeed indicates that those two types are related to different physical origins; namely, long GRBs are the products from the death of the massive stars while the short GRBs come from the merger of the two compact stars. 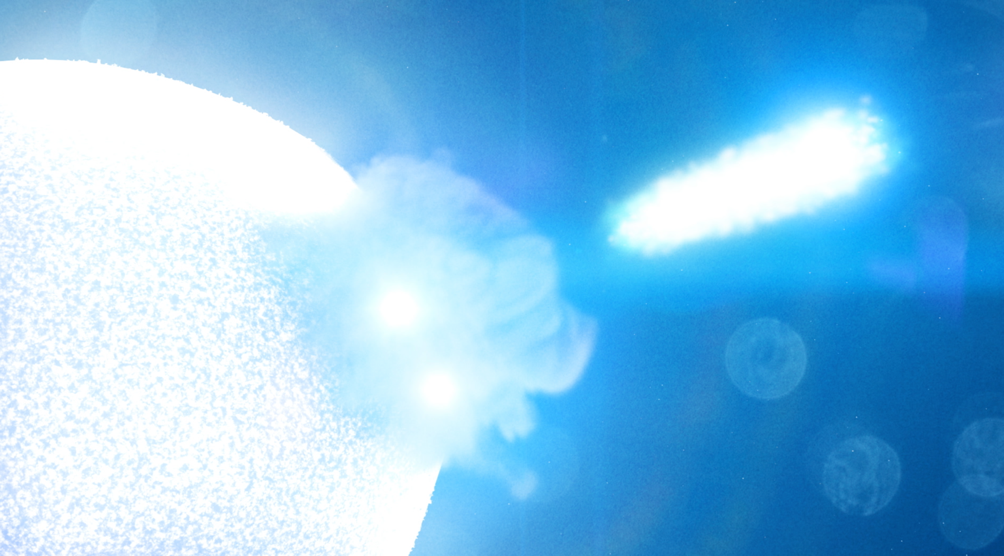 Such duration-based classification stereotype was soon challenged by a bunch of outliers since 2006. For example, just like the "tip-of-iceberg" effect, a far-away (high-redshift in astronomy context) long GRB can disguise itself as a short one because most of its emission can be buried in the background when detected by a Gamma-ray space telescope which has limited sensitivity. On the other hand, some apparently long GRBs with duration > 2s are found to be actually short ones characterized by a sharp spike and a long tail, but otherwise consistent with all other properties (such as energy, host galaxies, and supernova associations, etc.) of typical short GRBs. The dilemma urged scientists to rethink the simplified "short versus long" discipline, and a new physically motivated "Type I/II" classification method was proposed by Bing Zhang and his colleagues in 2006 and reinstated in 2009. The new definition suggests the community use Type I to refer to the GRBs from the merger of binary compact star and Type II to the GRBs from the collapse of massive stars.

It is worth mentioning that the new Type I/II classification does not imply that theorists agree that the collapse of massive stars can generate an intrinsically short GRB with very short (e.g., < 2 s) duration. Instead, it, by attributing some observational effects (such as instrumental sensitivity and the “tip-of-iceberg” effect), provides relief of the dilemma when one observes a GRB that is apparently short but otherwise entirely consistent with a collapsar progenitor. This is because, in the collapsar model, the time scale of the gamma-ray burst central engine is determined by the time it takes for the central black hole to accrete the surrounding matter, and the latter is directly related to the density of massive stars. Assuming a typical stellar density, this time scale is typically hundreds of seconds. Even under extreme conditions, theorists are very confident to infer that the duration of Type II GRBs will not be less than ten seconds.

The assertion that a Type II GRB can never be too short was confronted with unprecedented challenges by a trouble-maker GRB 200826A (Figure 1). The burst triggered the Gamma-Ray Monitor space telescope onboard NASA Fermi Mission on 2020-08-26T04:29:52 and was soon thoroughly investigated by a group of scientists led by Prof. Bin-Bin Zhang at Nanjing University. The team found that the physical properties of GRB 200826A, including the host galaxy and its star formation rate, the Amati relationship (shown in Figure 2), and the supernova association, are all consistent with those of type II bursts, except it lasts for about only one second. With a very sharp spike and extreme signal-to-noise ratio, the burst rules itself out from the possibility of being a “tip-of-iceberg” event. So GRB 200826A is indeed a type II GRB with a genius short duration of 1 second, boomingly breaks the 10-second limit in the previous theoretical expectation.

“This burst may belong to a class of core-collapse-origin GRBs with genuinely short durations and provides a lot of new insights on how to generate those events,” said Prof. Bin-Bin Zhang, first author of the paper published in Nature Astronomy. The research team proposed several solutions, aiming to explain the observed 1-second short duration:

1.  A white dwarf-involved model such as an NS-WD merger. Such a model provides higher density accreted materials, so the accretion time scale can be short.

2.  A supranova-involved model which requires the massive star collapsed some time before the GRB was made. The GRB is produced by the implosion of a supermassive neutron star. As the GRB jet is launched, no more low-density materials surround the source, so the duration is short.

3.  Still a massive star collapsar, but most of the time is used for the jet to penetrate through the stellar envelope or carry heavy baryon loading, so the observed GRB duration is reduced.

4.  A totally different central engine. The model may invoke differential-rotation-induced magnetic bubbles as the mechanism of producing gamma-ray emissions. By refining some parameters, such as the magnetic field, the duration can be as short as 1 second.

Nevertheless, all the above explanations are subject to further observational evidence. In fact, in an accompanying paper published side by side in Nature Astronomy, a team of scientists from NASA, the University of Maryland, and the University of Minnesota, etc., performed tremendous follow-up observations of the event using several ground telescopes. Their discovery of possible supernova bumps shed some light on further understanding the event.

The study on the GRB 200826A led by the NJU team will appear in an upcoming issue of The Nature Astronomy. Prof. Bin-Bin Zhang from Nanjing University and Prof. Bing Zhang from the University of Nevada Las Vegas led the research as corresponding authors. Graduate students Zi-Ke Liu and Zong-Kai Peng performed the analysis and served as co-first authors. The research also involved a large collaboration team of experts from Peking University, Guangxi University, Hebei Normal University, Yunnan Observatory, Instituto de Astrofísica de Andalucía (IAA-CSIC), and University of Science and Technology of China. 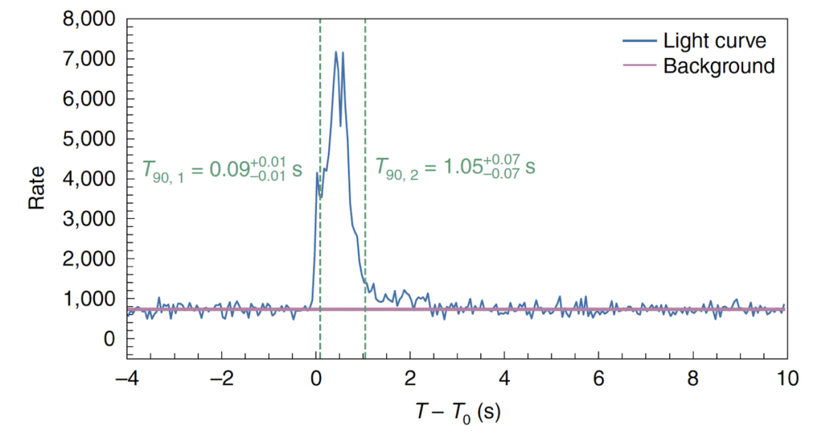 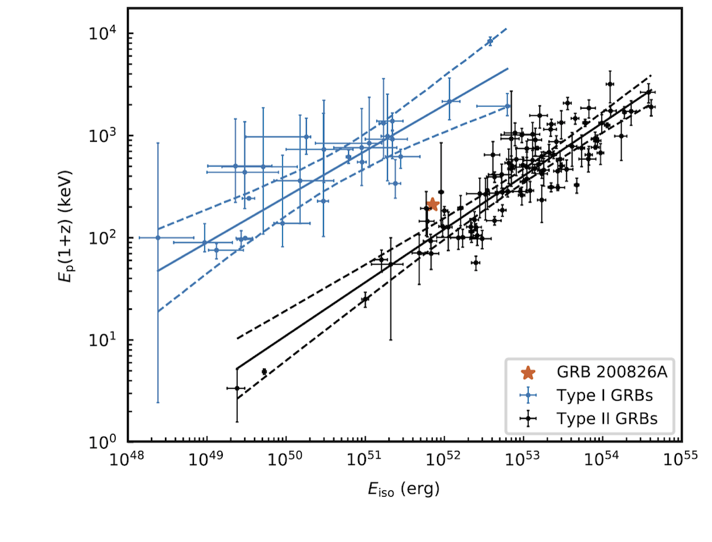 Figure 2. The Amati relation. The red star highlight the GRB 200826A. The black points and the blue points represents the statistical distributions of the correlation between the rest-frame peak energy (Ep) and the isotropic energy(Eiso) in Type I GRBs and Type II GRBs.